This weekend, Parc Jean-Drapeau in Montreal comes alive with one of the biggest heavy rock shows in North America – Heavy Montreal.

The festival headliner is Slayer, making their final appearance ever in Quebec on Sunday night. This year at Heavy Montreal is also a stop-over for the Summer Slaughter Tour featuring Carnifex, Cattle Decapitation, and Dying Fetus. The full list of bands and set times is below. Anthrax, Clutch, Slash, Ghost, Evanesence, Watain, and the list goes on and on.

Returning this year to its usual festival grounds, Heavy Montreal is Canada’s biggest show. See you out there. 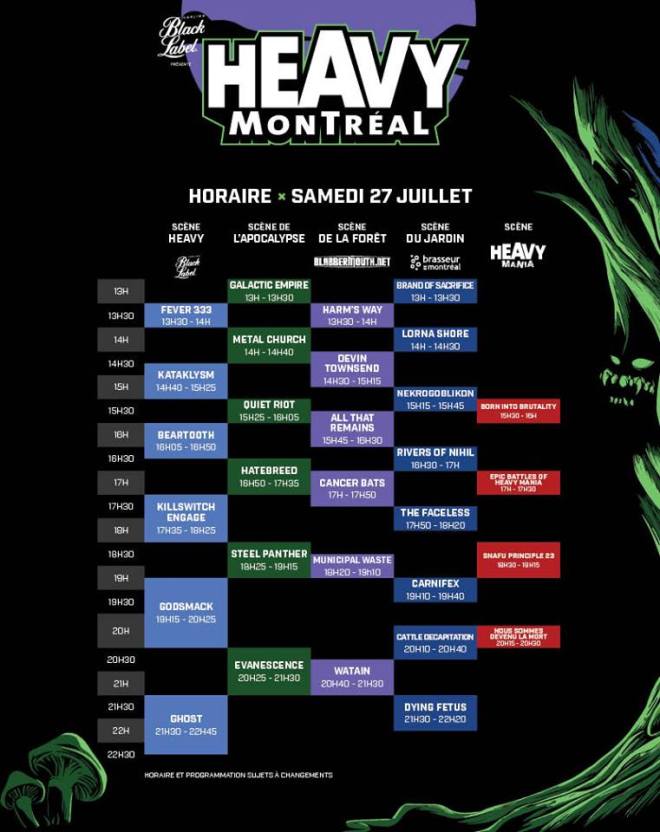 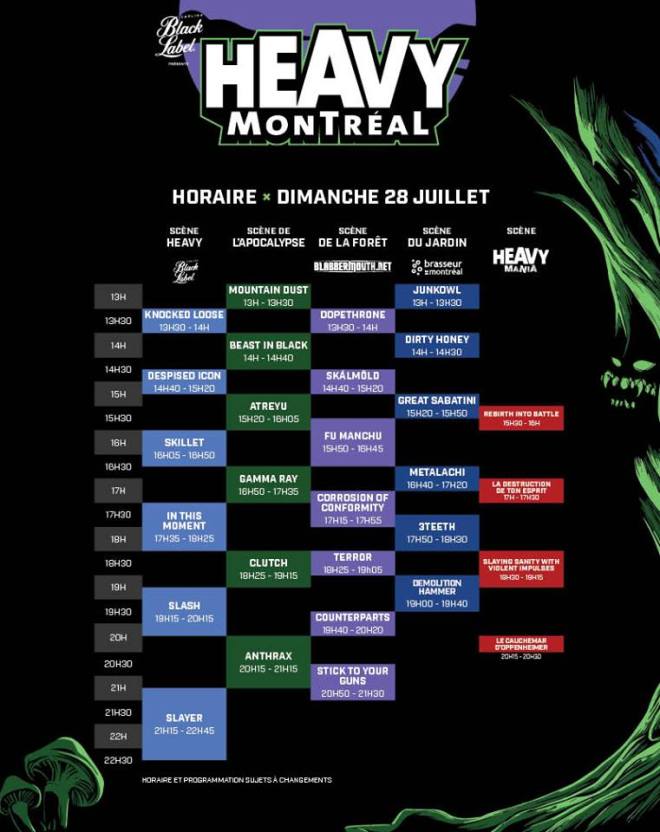